A taste of winter on its way 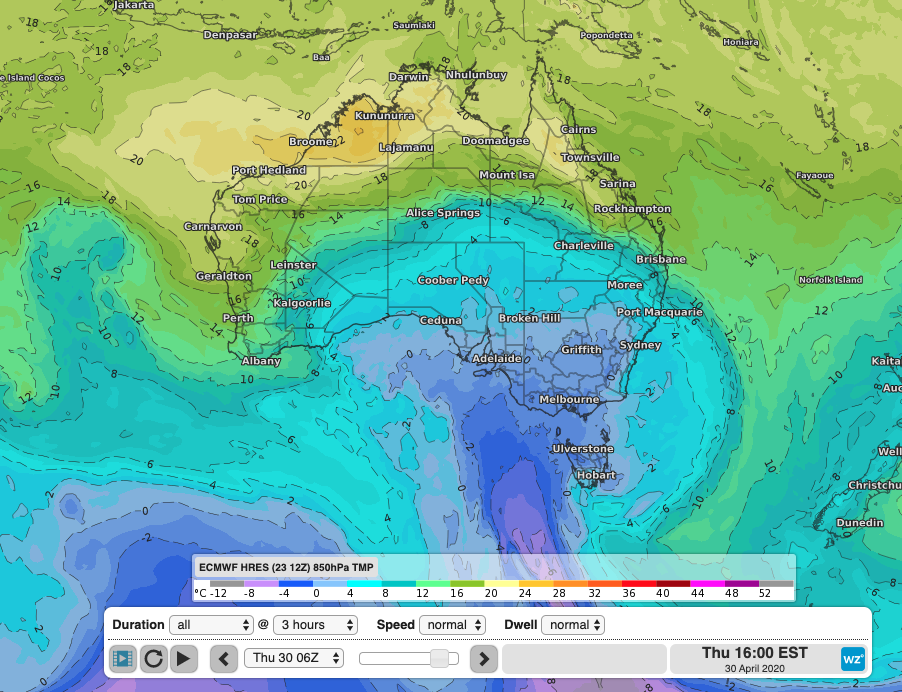 A significant cold outbreak will impact the southeast mid next week.

A vigorous front will move up from the Southern Ocean, entering central parts of South Australia on Tuesday night and crossing Victoria, Tasmania, and New South Wales through Wednesday. Widespread rainfall is forecast ahead of the front, with the heaviest falls (more than 40mm) in northern Tasmania, northeastern Victoria and southeastern New South Wales. As the mercury drops significantly behind the front, rain will turn to snow over alpine parts of the southeast, with some large accumulations and blizzard conditions possible.

While the passage of cold fronts is not uncommon in April, such a strong frontal system is unusual for this time of the year. In Melbourne, the mercury may struggle to reach 14 degrees on Thursday, which has only happened three times in the last 15 years in April.

Gusty winds possibly higher than 100km/h over the coastal fringe in Victoria associated with the system will definitely make windchill a significant factor next week. So enjoy the warm weekend before the first taste of winter arrives at your doorstep. Cold air will push up from the south on Thursday.