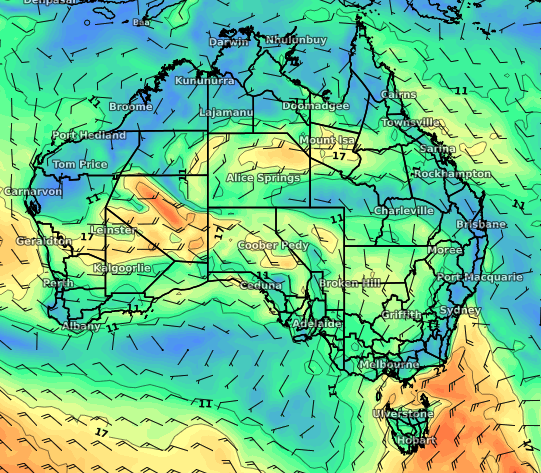 It's a warm summer's day and you're on the beach enjoying the clean surf and heat of the day. Then, the wind changes, the temperatures dips and the surf doesn't look so quite as enticing anymore, so what just happened?

The short answer is the sea breeze arrived, but what exactly is this? The sea breeze is a coastal, localised wind, that blows from the ocean to the land. During the day the land surface heats up much quicker than the ocean, leading to a large temperature difference between the two.

The warmer air above the land rises, reducing the pressure at surface and increasing it at upper levels. As a result, the pressure at the surface is now lower over the land than the ocean. In an attempt to restore equilibrium and even out the pressure, air moves from the sea over land. This is the sea breeze.

In the upper levels the opposite is true, with higher pressure over land compared to the ocean, due to the rising air over the land surface. This results in air aloft moving from land out over the ocean.

This sets up a local circulation, with air at the surface moving from the ocean to land, rising over land and moving out to sea in the upper levels, before sinking over the ocean and moving landward once more.

The sea breeze is at its strongest where the temperatures difference between the land and ocean is greatest. Therefore, if you happen to be on the beach at the time of peak heating in the day, you will likely feel the full effects of the sea breeze's arrival.

As the heat of the day fades and the land surface cools, the temperature difference between land and ocean diminishes, and with it, the strength of the sea breeze, until it no longer exists.