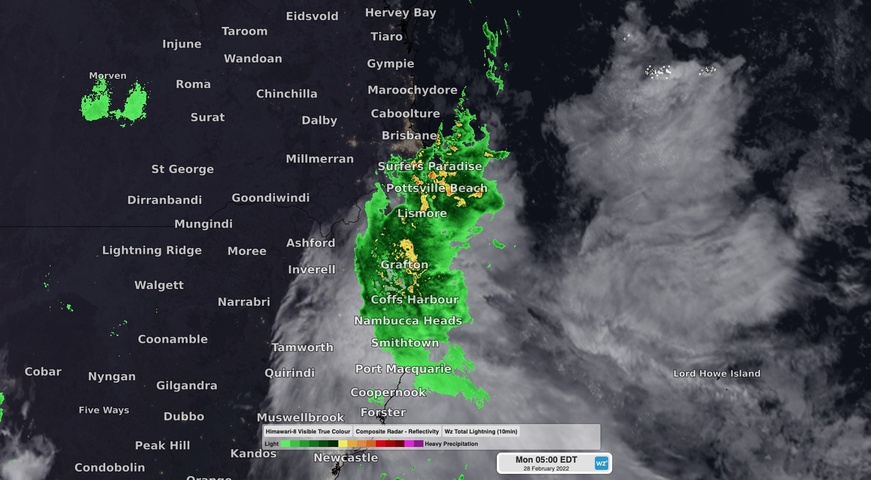 An extremely dangerous flooding situation has developed in southeast QLD and northeast NSW in response to several days of unrelenting rainfall, which included Brisbane’s wettest three days on record.

A dynamic weather pattern involving a sustained stream of moisture-laden east-northeasterly winds, a near-stationary low pressure trough and a slow moving upper-level low pressure system caused a river of atmospheric moisture to become focused over southeast QLD during the past six days.

This immense amount of rain has been too much for rivers to cope with.

Moderate to Major flood warnings are currently in place across a large number of rivers and creeks across southeast QLD and northeast NSW. 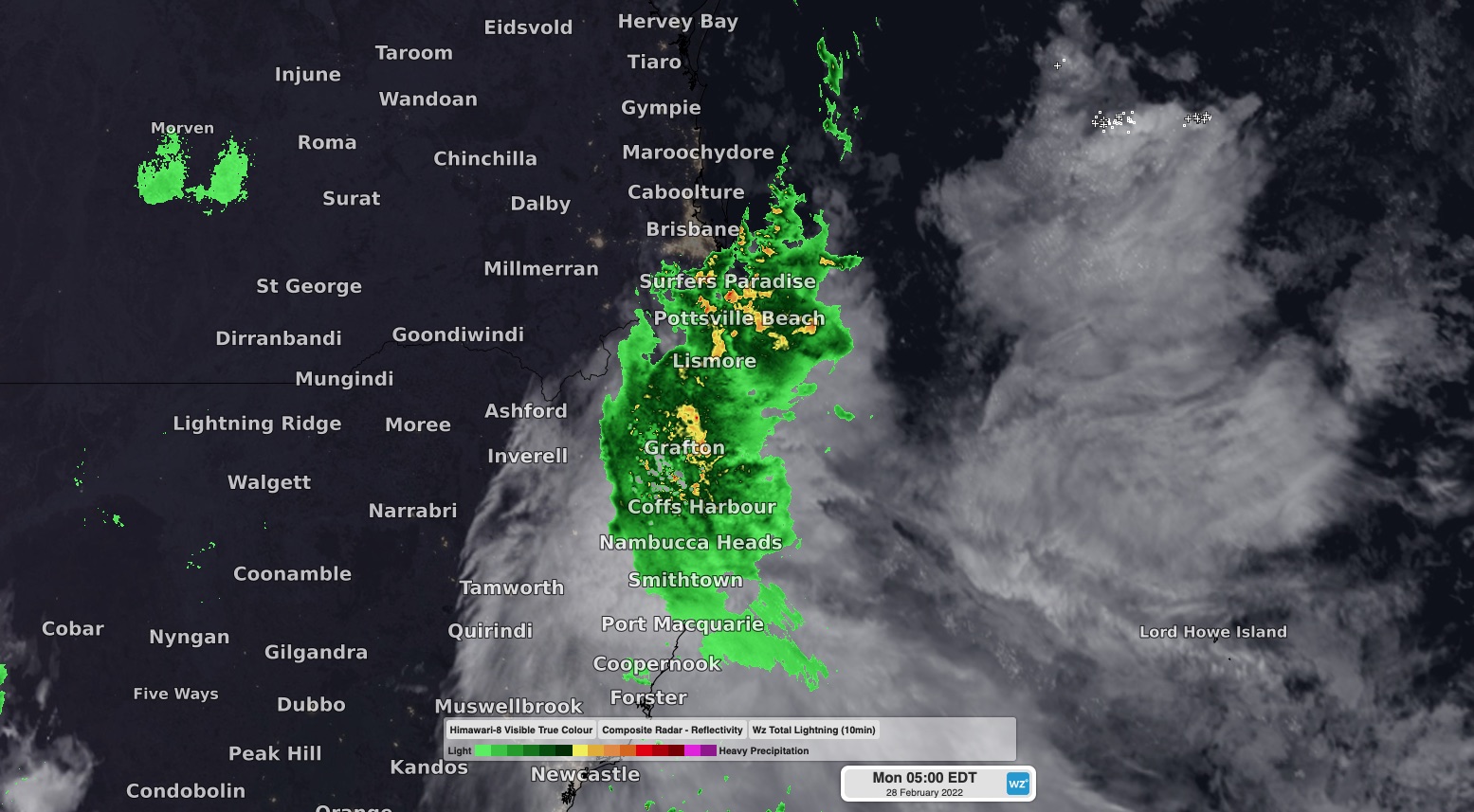 In Brisbane, the Brisbane River is expected to peak around 4 metres with the high tide on Monday morning and should see another peak near 3.3 metres with Monday afternoon’s high tide. At 6:41am AEST on Monday, the river was up to 3.59 metres in the city, which is above the major flood threshold of 3.5 metres.

South of the border, rivers have been rising rapidly over the last 12-24 hours in response to the heavy rain that spread south from Queensland.

Lismore is experiencing an unprecedented flood after the town’s levee was overtopped in the early hours of Monday morning. As of 7:45 am AEDT on Monday, the Wilsons River had reached 13.5 metres at Lismore. This was more than one metre above the town's previous record of 12.27 metres from 1954.

Be sure to check the latest flood warnings and evacuation advisories if you live anywhere in southeast QLD or northeast NSW.