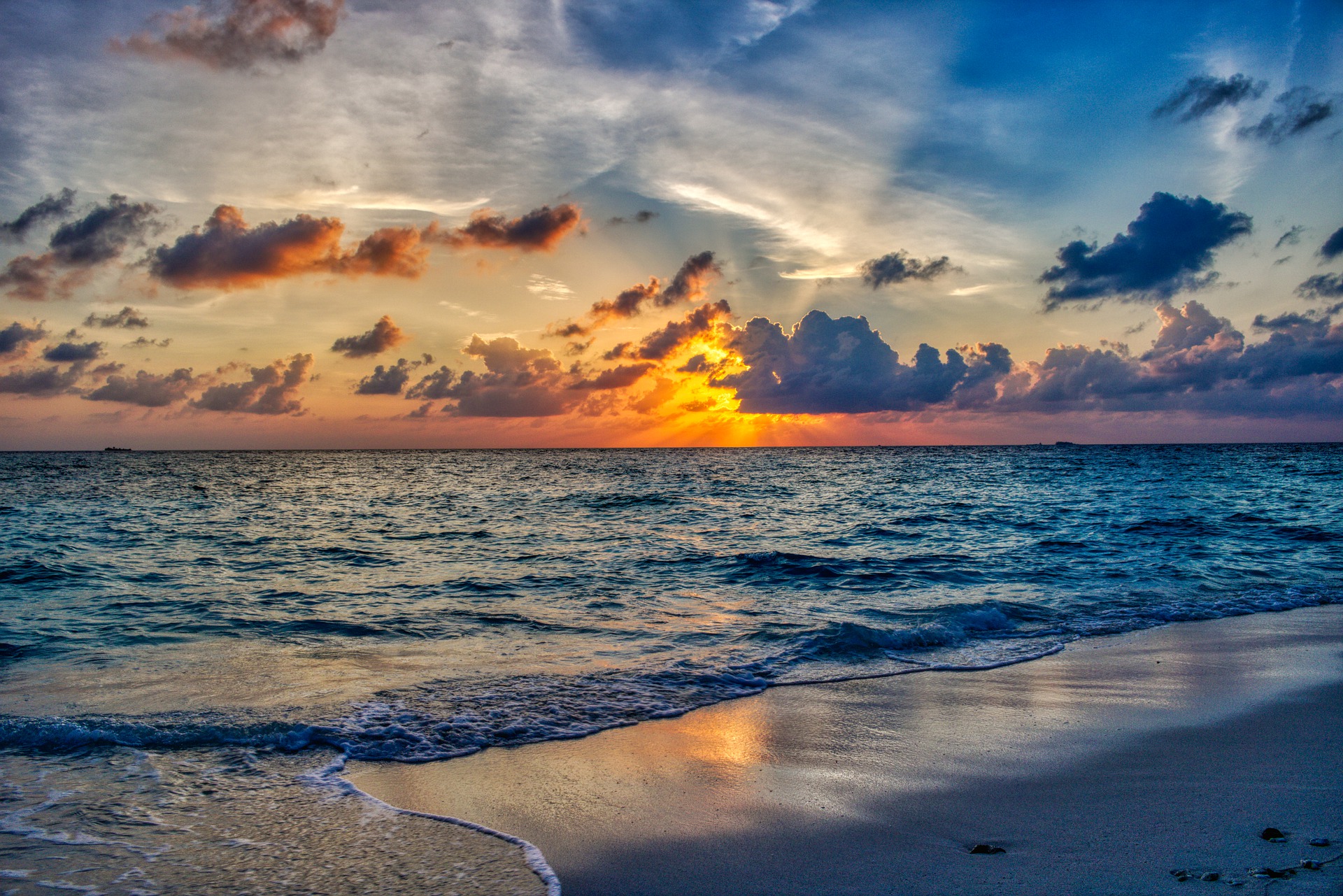 While Australia’s official annual climate statement for 2021 won’t come out for another few weeks, the data is in and it shows that last year was unusually cool by modern standards.

Ok cool, so how cool was it?

Australia’s national temperature record spans 112 years from 1910 to 2021. Each year’s national mean temperature is calculated by averaging out the daily maximum and minimum temperatures from 112 weather stations across the country throughout the entire year.

Back-to-back La Niña events and a negative Indian Ocean Dipole (IOD) played a big part in suppressing temperatures across Australia in 2021. A prolonged positive Southern Annular Mode (SAM) towards the end of the year also contributed to the cool and wet conditions in southeastern Australia.

These climate drivers helped Australia register its wettest year in five years, and the sixth wettest year on record for NSW. 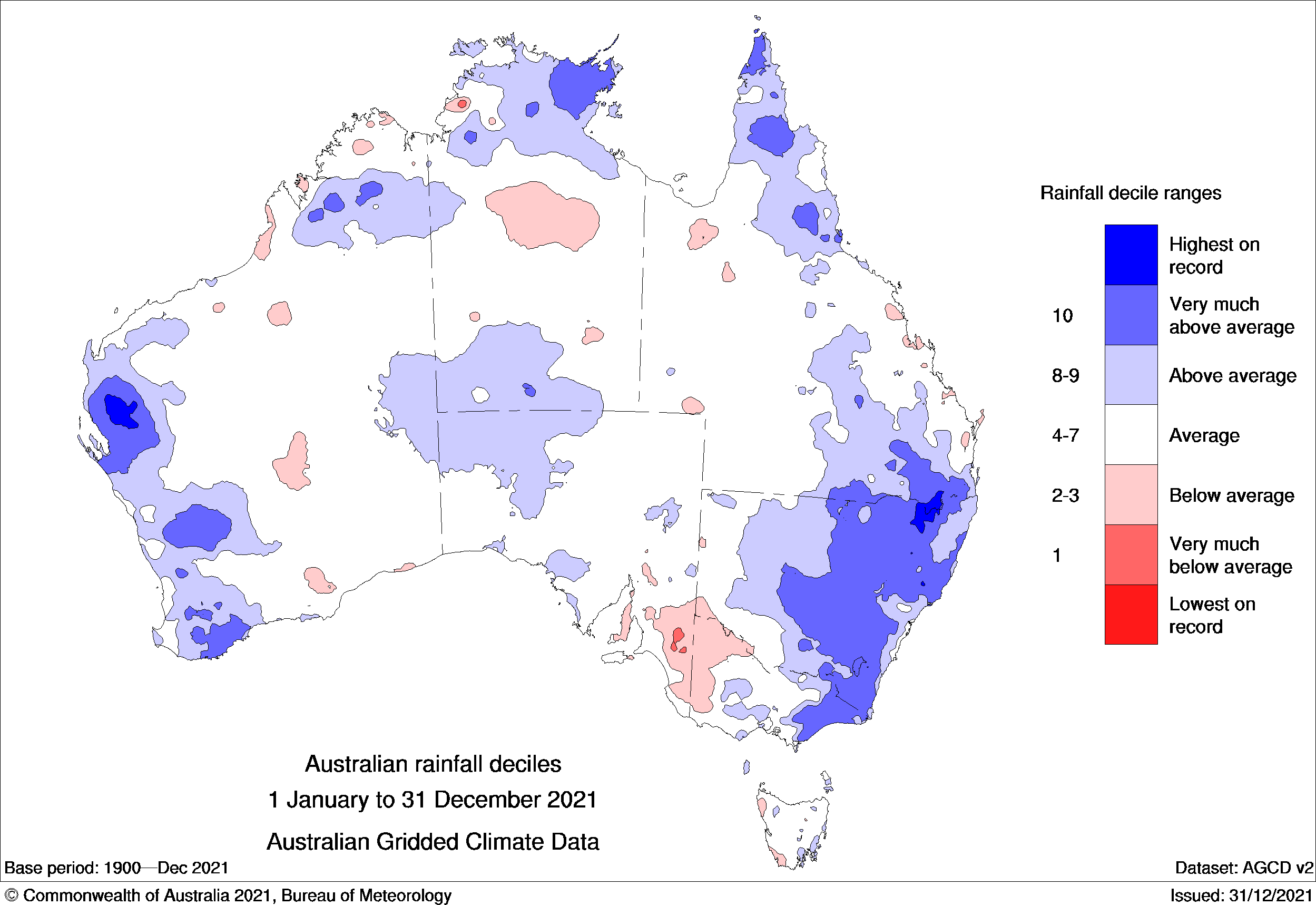 Image: Rainfall deciles in Australia during 2021. Blue is wetter-than-average, white is near-average and red if below-average. Source: Bureau of Meteorology.

What is cool these days?

There is no denying 2021 was a noticeably cool year by modern standards in some parts of Australia.

The graph below shows Australia’s annual mean temperatures over the last 112 years. In the most recent decade, only one other year (2012) was cooler than 2021. 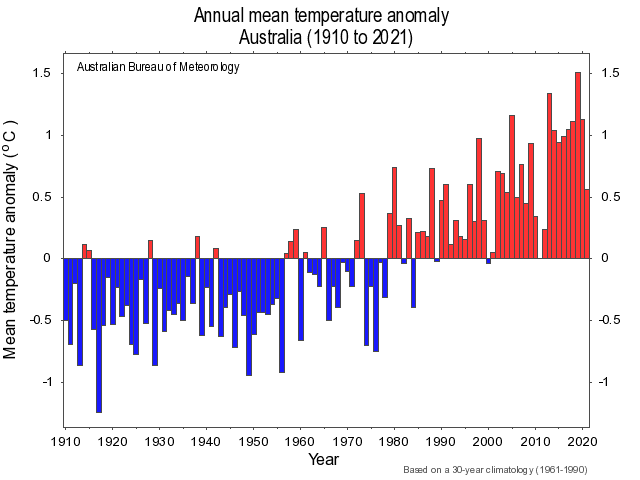 However, the last decade stands out as abnormally warm compared to most other years in Australia’s historical climate records. So, while 2021 was cooler than any of the last nine years, it was also warmer than every recorded year prior to 1980.

The Bureau of Meteorology uses 1961-1990 as the standard reference period for climate change monitoring in Australia. Against this baseline, 2021 was 0.56°C warmer than average.

What we consider to be a cool year in the contemporary climate was a warm year for most of last century. Australia’s climate just isn’t as cool as it used to be.