Home > Weather News > Victorians to get compensation for blackouts which 'shouldn't have happened'
11 Feb 2018, 2:12 AM UTC

Victorians to get compensation for blackouts which 'shouldn't have happened' 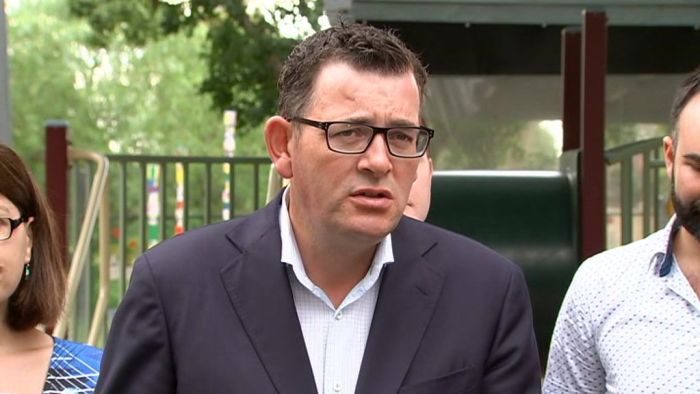 Source: ABC
Victorian power companies will provide a $5 million compensation package for about 50,000 people affected by power blackouts on January 28. as the state sweltered through its hottest night of the summer. The Government said it was the highest ever peak demand recorded in Victoria on a Sunday and it caused blown fuses and failed transformers on the distribution network. Ultimately the high demand was blamed on the use of air conditioners in the hot, humid conditions. "It should not have happened. It's unprecedented. The payments are quite significant," Victorian Energy Minister Lily D'Ambrosio said. The Government said customers who lost power for between three and 20 hours will receive one-off compensation of $80. Those without power for longer will receive up to $180, which was the equivalent of three to seven months off their annual distribution charge. The compensation will be paid by the five power companies â€” Powercor, CitiPower, United Energy, Ausnet Services and Jemena. "We've sought and received an iron clad commitment from the private distribution businesses that this $5 million of costs will come off their bottom line and will not be passed on to Victorian consumers," the minister said. "The point is we've made it very clear to the private distribution businesses. "They need to work harder to communicate with customers during these extreme heat events and to minimise the risk of such outages happening in future." The payments should go out by the end of February, Premier Daniel Andrews said. "Under the rules that have been there for many years, the payments would only be made to those who lost power for 12 hours," he said. "The package that the distribution businesses have agreed to and are providing brings that number right down to those affected for outages of more than three hours." Not enough compensation But the Opposition said the payments were "insulting" after all of the talk from the Premier. "Daniel Andrews said that people would be fully compensated and this does not go far enough to properly do what he said he'd do," Opposition spokesman David Southwick said. He said the Government is failing to guarantee a reliable power service. "Victorians are seeing unprecedented power prices, yet we don't have reliability of power supply," he said. "Daniel Andrews needs to guarantee the power supply. It is an essential service."
Note to media: You are welcome to republish text from the above news article as direct quotes from Weatherzone. When doing so, please reference www.weatherzone.com.au in the credit.