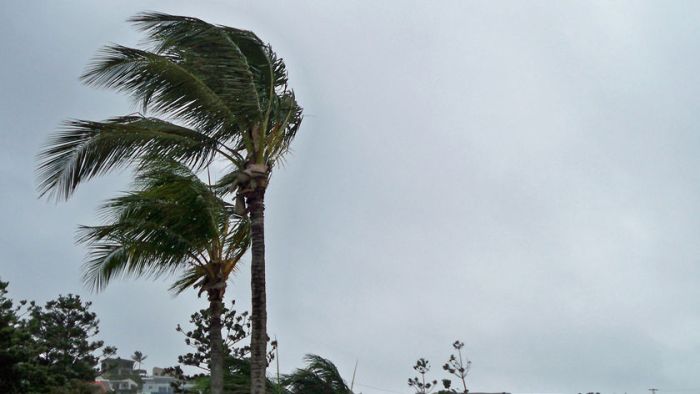 Source: ABC
Cyclone Dylan is continuing to gather strength as it approaches the North Queensland coast and is set to be upgraded to a category two storm later tonight. Authorities are on cyclone alert across the region. The system began as a tropical low in the Coral Sea several days ago but officially became a category one cyclone this afternoon. Andrew Bufalino from the weather bureau says Dylan is still intensifying. "Currently we have it as a category one, but we are forecasting it to upgrade into a category two by 10pm this evening," he said. Dylan is expected to cross the coast between Townsville and Bowen early tomorrow with wind gusts of 150 kilometres per hour near its centre. Mr Bufalino says the cyclone will dump heavy rain from Cardwell to St Lawrence. "We are expecting widespread daily rainfall totals of around 100 to 300 millimetres," he said. "The areas that pick up the 300 mills will be quite isolated at this stage, but as it pushes further inland we are expecting some rainfall totals up to 100 mills, even possibly higher." Gale warnings were issued for the Townsville, Mackay and Capricornia coast. A storm tide is expected between Cardwell and Lucinda, and large waves may cause minor flooding along the foreshore. Premier Campbell Newman, who has travelled to Townsville, says despite extensive preparations there is no room for complacency. "The big threat is going to be from flooding, and my single most important message today is that people who need to travel need to do it now and try to get it out of the way as soon as possible," he said. "If it's flooded, forget it." Townsville and Yeppoon on the Capricorn Coast are among the centres being inundated, and Townsville Council has set up an evacuation centre at Cungulla. Senior weather forecaster Matt Bass said the storm was tracking further south than first thought. "At this stage the most likely crossing location is near Ayr, but anywhere between Lucinda and Proserpine could see the cyclone near them," he said. Bowen motel operator Anita Rogan says the strong winds have forced some boats onto the shore. "Down near the skateboard park on Front Beach, there is quite a large trawler that's been blown up and quite a few smaller boats, yachts and the like have broken their moorings and have been blown up onto the beach there, but nothing really major," she said. "I know that everybody's just knuckling down and making things safe." The tide at Cairns Harbour reached 3.83 metres, exceeding this year's predicted record by nearly 40 centimetres. "It's certainly put the water levels at a level that's been beyond anything we've ever noted before," John Lucas from the Hilton Hotel on the Esplanade said. "Our restaurant which sits on the waterfront has certainly had a good few inches go through the bottom of it. Little bit of minor damage to some timberwork and the like but nothing that we can't fix fairly readily." Fire and Rescue Service spokesman Wayne Preedy says people still have time to prepare for further flooding. "The cut-off we always work off is once the winds get to 100 kilometres an hour, there's no more outside work," he said. "The bureau plays a key role in this today and leading into tonight as to when those winds are expected." He says emergency crews will be keeping an eye on the tides throughout today. Residents of low-lying areas told to get sandbags ready Mackay Mayor Deirdre Comerford says residents in low-lying areas should be prepared. "You need to have sandbags on hand, because you know if you've experienced water inundation normally, you can expect that again," she said. Additional swift water rescue crews have been sent from Rockhampton to Mackay as a precaution with extra resources also in the Whitsundays. There was very little rain overnight in the Mackay Whitsunday region, but winds have picked up. Wind gusts of up 104 kilometres an hour were recorded at Hamilton Island overnight, but just 5 millimetres of rain fell. Ferry services out of Airlie Beach were suspended last night and all boats have been moored at Shute Harbour and Abel Point. Mayor predicts cyclone's centre will miss Cassowary Coast The Cassowary Coast Regional Council, which covers the towns of Innisfail, Cardwell and Tully, is urging residents in the shire to go about business as usual, while remaining alert. Mayor Bill Shannon says residents should follow the lead of the State Government. "If the schools are open, then we expect kids to be going to school," he said. "We expect people to be going to work and therefore going about their normal lives, but keeping a watch and that's the situation we've got at the present time. "I'm quietly confident that given that most of the action is to the south of the centre of the cyclone and the centre is going to be beyond Cardwell, further to the south of Cardwell, that there shouldn't be too much problem in that part of the world." Here's a selection of weather photos in North Queensland from social media: