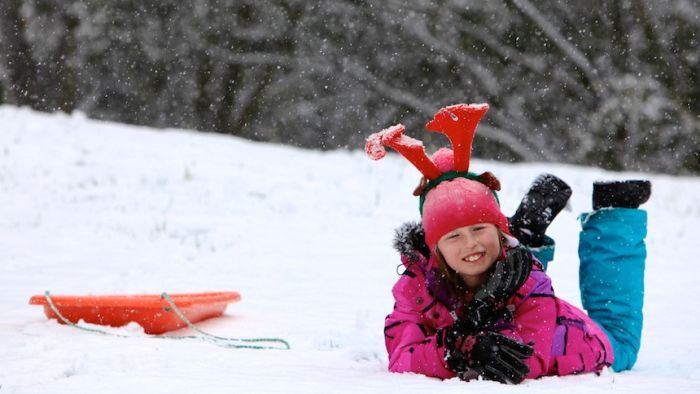 Source: Audience submitted
It is officially the fifth day of summer, but it snowed overnight at Falls Creek, in Victoria's north-east. The ski resort received up to six centimetres of snow. Resident photographer Chris Hocking says the wind chill took apparent temperatures to minus 6 degrees Celsius at times and the ground has turned white. "We've probably seen four to six centimetres on the ground [and] a little more up high," he said. "Temps are in sort of mid-winter chill and [it's] just amazing to see the ground turn pretty much white all around the resort." Mount Baw Baw and Mount Hotham have also had snow. Gina Woodward from Mount Hotham says it is surprising, given temperatures in the north of the state broke heat records last week. "[It's] pretty cold, minus 1.6C right now," she said. "What does make this so random is the high temperatures that everyone else seems to have been experiencing and here we are looking at snow on a summer's day." More snow is expected above 1,300 metres. In Melbourne, the problem was high winds, not snow. The State Emergency Service (SES) received about 100 calls for help overnight from Portland, along the south-west Victoria coast, Gippsland and Frankston. SES spokesman Lachlan Quick says there were wind gusts of up to 129 kilometres per hour at Wilsons Promontory. "All the volunteers have been out and about for most of the night dealing with trees down, several of them over powerlines, many over roads and one or two of them onto a vehicle as well," he said. "So a pretty tricky night."