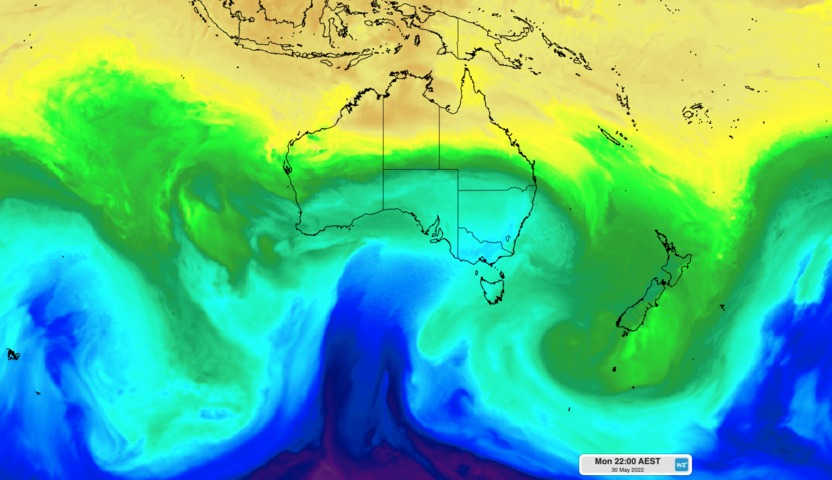 Snow-lovers could be in for a real treat next week, with the potential for a storm that could deliver a major snowfall to the Australian Alps and Tasmanian Highlands on the last days of autumn and first couple of days of winter.

It's still early days to be locking this one in, but with every passing hour, forecast models are ever more in alignment that a significant cold outbreak is on its way: the only question is how much snow? 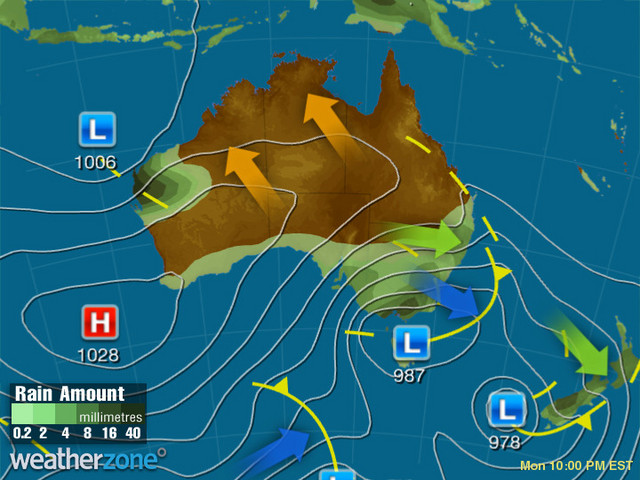 Image: The system shows up on our synoptic charts for next Monday. Source: Weatherzone.

So how much could it snow?

According to Weatherzone meteorologist Joel Pippard, that all depends on a complex interaction between moisture sources and the positioning of the Antarctic airmass as it nears Australia.

"This system is a cut-off low that looks to break away from Antarctica on Thursday and Friday, and push northwards towards southern Australia," Joel explains.

"Once it nears Australia on Saturday, it should start to link up with two moisture sources.

"The first is off the northwest shelf of Western Australia with a sub-tropical low. The second moisture source is a broad Tasman Low that looks to form over the next few days.

"The set-up of cold Antarctic air with moisture can be very conducive to heavy, low-level snowfalls. However, since there are three systems in total that need to line up, the forecast specifics of this system (such as wind strength, snowfall amounts and snow level) will likely change greatly over the next few days." 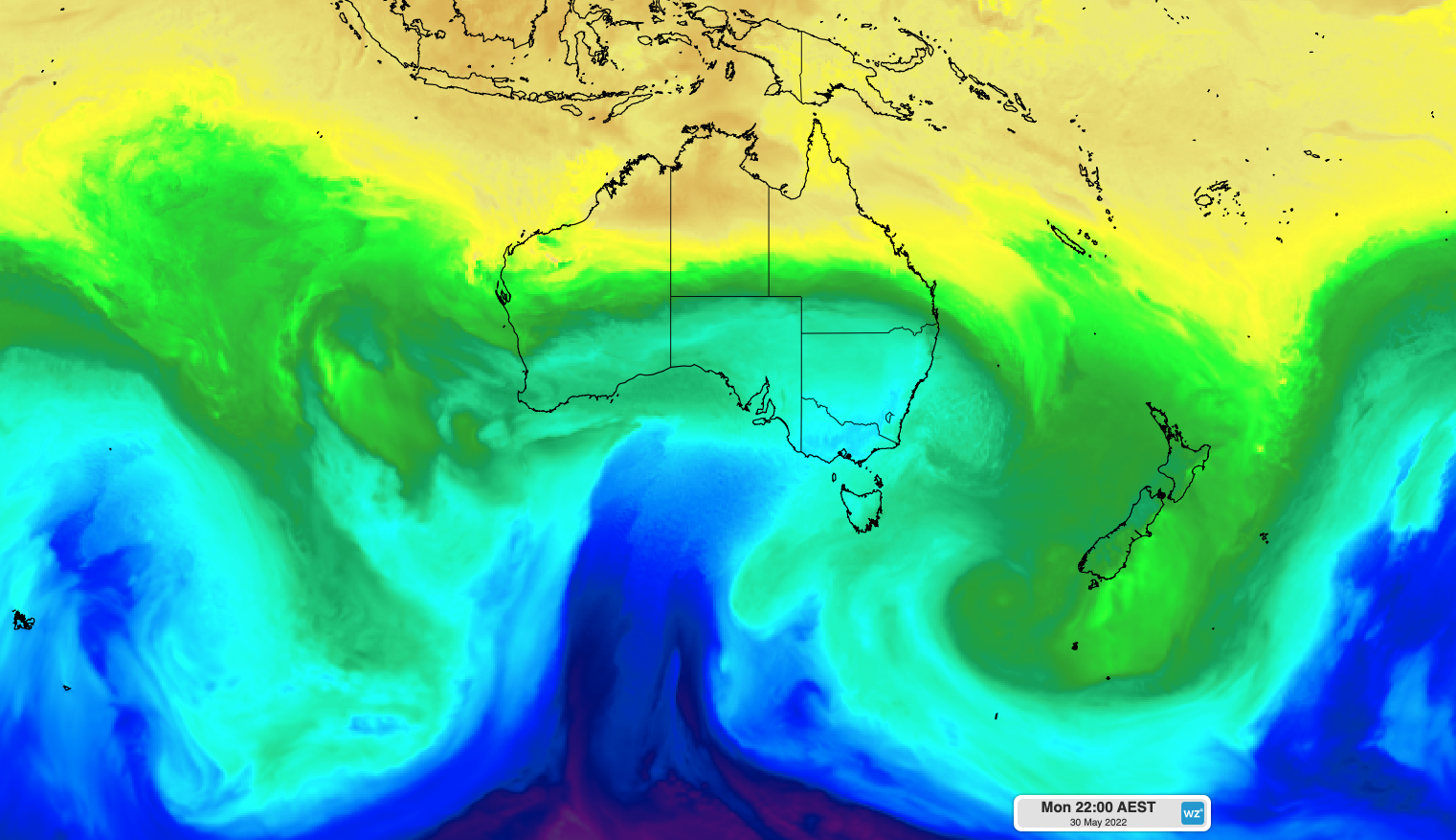 Image: Snow-lovers are hoping that blue tongue of air makes its way east after linking up with moisture. Source: European Centre for Medium-Range Weather Forecasts.

For now, the best we can say is that there’s a high chance that at least some snow will be recorded over the NSW/VIC Alps and the TAS highlands next week, perhaps starting as early as Sunday.

Whether it's the season-starter snow-lovers are hoping for remains to be seen.

When does the snow season actually start?

The official NSW and Victorian snow seasons start on June 12, the Saturday of the long weekend, although some resorts tend to open their lifts on the Friday for early visitors.

Right now, there's basically only very patchy snow remaining from the snowfall last week that delivered about 10 cm to the mainland high country and 20 cm to higher parts of Tasmania. 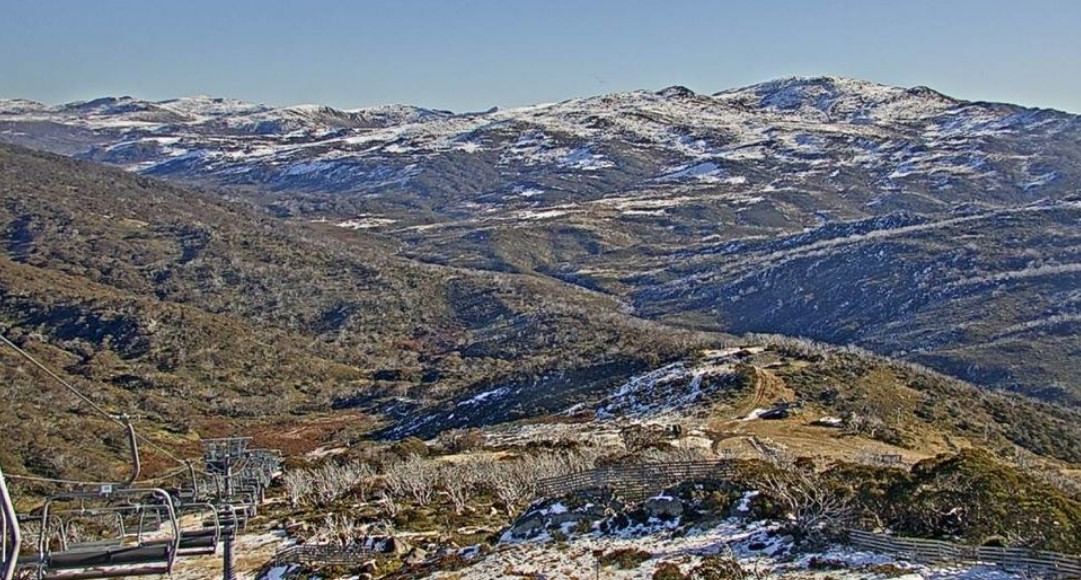 As we noted in our story on May 6 after the first snow of the 2022 autumn, May snow usually doesn't stick around until the season opening in June. The exception is when it snows heavily late in May, as could happen next Monday (30th) and Tuesday (31st).

The most notable time in recent memory that late May snow made it into June to help form a base for the ski season was back in 2000, when the famous May blizzard (that turned an NRL game in Canberra white) kick-started an extremely good snow season, the likes of which we haven't seen since.

With snow totals tipped to exceed half a metre according to some of the more optimistic long-range forecast models, there's a chance that next week's system could enable skiable terrain outside of snowmaking areas for the start of the ski season.

That said, it's probably best to give this system a few more days before you start breaking the snow gear out of the attic. And of course, check the Weatherzone snow page here.