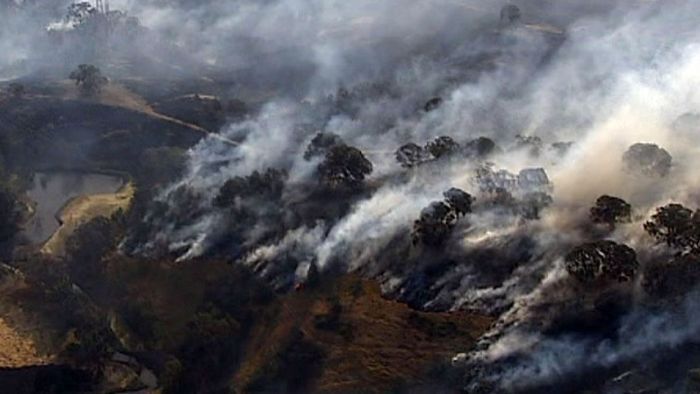 Source: ABC
Very warm and windy weather yesterday Monday October 6, 2014 prompted the Rural Fire Service (RFS) to suspend burning-off permits along much of the Mid North Coast. The situation in the Local Government areas between Coffs Harbour and Taree will be reviewed today. There are currently around 10 fires burning in the region but they are largely under control. RFS Zone Manager Superintendent Lachlan Ison said it is feared today's expected weather change could bring with it lightning strikes, embedded in thunderstorms which could spark bushfires. "What follows this warm weather is some unsettled weather," he said. 'So we've just got to be extra vigilant to make sure we keep an eye on what it could do for us. "Lightning strikes on the coast are more so in the higher peaks and remote areas. "Out west they can be in grass paddocks and get burning very quickly in that sort of country. "On the coast here yes we definitely do get lightning strikes that cause fires and it's a matter of people keeping an eye out to see if they do see the lightning start up." Superintendent Ison is asking people to report any fires or smoke they see. He is also warning landholders not to do any burning-off in the current warm, dry and windy conditions. Superintendent Ison said the permit situation will be reviewed today, as there is a forecast for possible showers. He said volunteer firefighters have been on alert for weeks. "As conditions sort of pick up the level of preparedness we have to respond quicker with more crews,' he said. "It's been probably a good month now since we had that rain before and since then we've had very little if any rain and the lack of rainfall combined with increasing temperatures. "We are starting to be a bit more cautious about what activities we're up to in terms of lighting fires and what permits and things we're issuing."