A flurry of severe thunderstorms have delivered heavy rain across Victoria during the last 24 hours, and more dangerous storms are on the way during the next two days.

The video below shows thunderstorms sweeping across Victoria on Wednesday into Thursday morning.

These storms were being fuelled by a mass of moisture-laden air that moved over Victoria from the tropics.

One of Wednesday night’s most intense thunderstorms swept across the state’s Mallee district, where it delivered copious lightning and heavy rain.

Mildura collected about 70mm of rain in two hours when the storms hit shortly after 9pm. By 9am on Thursday, Mildura had received 80.2mm in the gauge, which is close to four times its monthly average and the town’s heaviest January rain in records dating back to 1890.

This intense thunderstorm activity produced prolific lighting, with 193,204 lightning pulses detected within a 200 km radius of Mildura between midday on Wednesday and 9am Thursday. 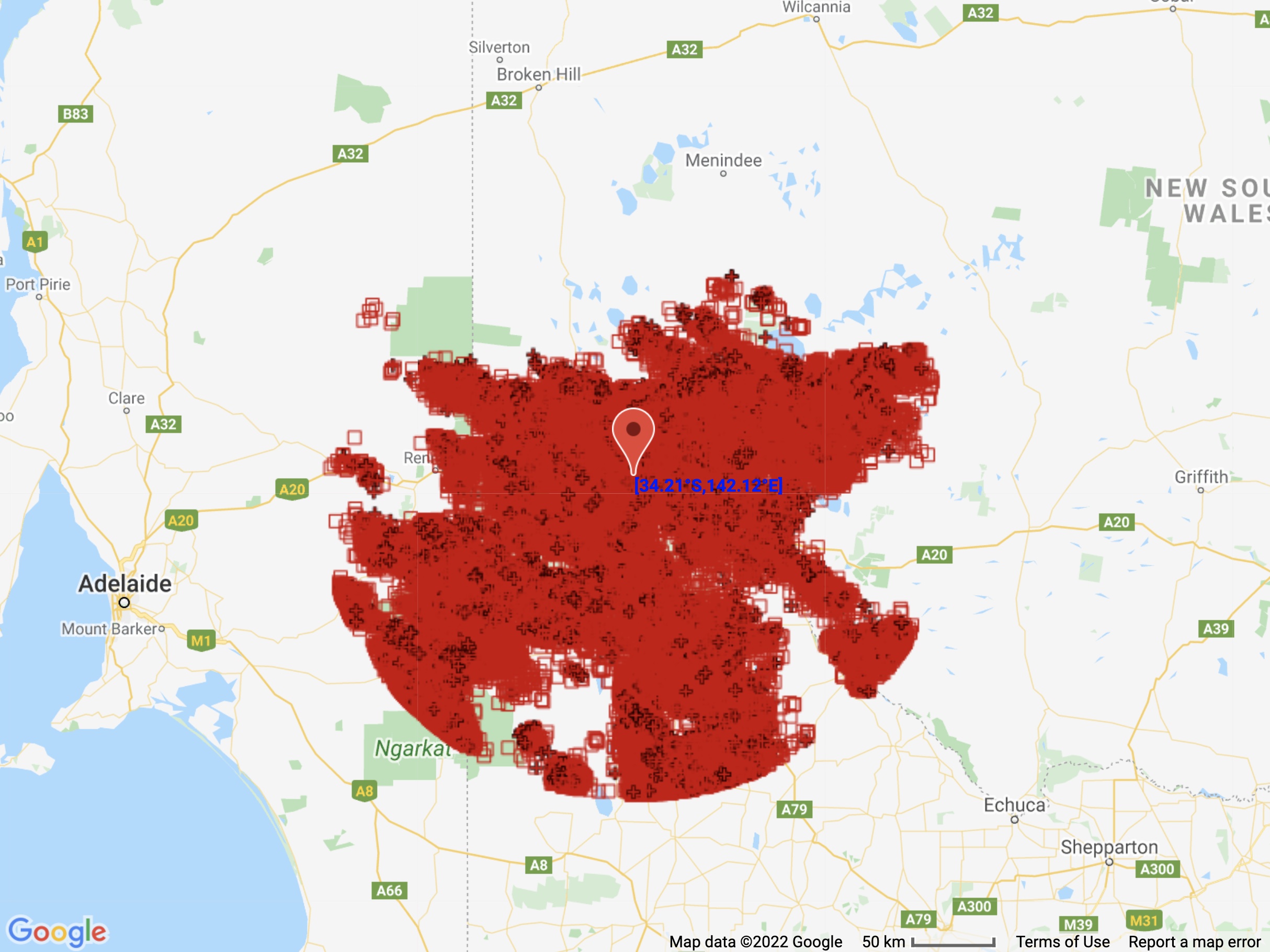 Image: Locations of 193,204 lightning pulses detected within a 200km radius of Mildura between midday Wednesday and 9am Thursday.

There were also severe storms in and around Melbourne early on Thursday morning.

Malmsbury, to the north of Melbourne, registered 56.2mm of rain in the hour ending at 5:15am. Falls also reached around 40mm per hour in Coldstream, Arthurs Creek and Trentham Reservoir early on Wednesday.

Dangerous thunderstorms and heavy rain will continue to affect a broad area of Victoria on Thursday and Friday, with storms also lingering in the east into the weekend.

Be sure to stay up to date with the latest severe thunderstorm and severe weather warnings in your area over the next few days.