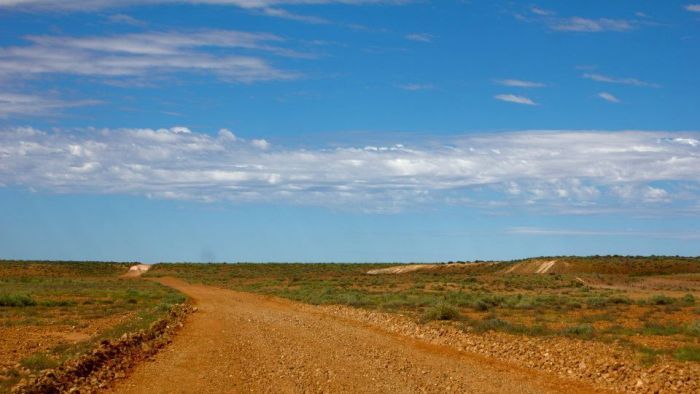 Source: ABC
Residents in the outback town of Oodnadatta are preparing for their seventh consecutive day above 45 degrees Celsius. The temperature at the town in South Australia's far north is forecast to reach 47C today after reaching 46C on Saturday and 47C on Sunday and Monday. It will be the 10th day in a row above 40C. The last time the town experienced a maximum below 35C was December 10. The Bureau of Meteorology says the town has already set a new local record, eclipsing two previous runs of five days in a row above 45C. Lynnie Plate from Oodnadatta's Pink Roadhouse says residents are struggling to stay cool. "The bitumen is melting, our freezer is not coping. I had to throw out half a dozen cartons of ice cream yesterday," she said. "Nothing is coping really. The petrol pumps won't pump unleaded after midday. They vaporise so we've got to wait for a cool change if there is such a thing. "We've had hot days, we've had 45-plus here most definitely but not for this length of time and not with it being 45.7 degrees at five o'clock in the evening." Tomorrow will be a reprieve of sorts, with the temperature heading for 42C before soaring to 46C again on Friday. The run of days above 45C is still well short of the national record. In 1973, the mercury touched 45C for 13 days in a row at Marree, about 400 kilometres south-east of Oodnadatta. Bourke and Cobar both had eight days above 45C in the 1930s. Oodnadatta has received 1.4 millimetres of rain since the start of December. Buzz off Hot conditions in other parts of the state are thought responsible for a drop in mosquito numbers. A recent count in the Riverland found only a few mosquitoes at trap sites. University of South Australia mosquito researcher Stephen Fricker estimates numbers are down by about 20 per cent on the summer average. He says the population will continue to fall as more of the insects are affected by the dry and hot conditions. "They tend to try and I suppose rest in cool spots when the weather gets hot," he said. "By the nature of the weather we've been having, it should drop down the numbers of adults by some degree because it's just so dry out in the open. It should knock down quite a few of them."