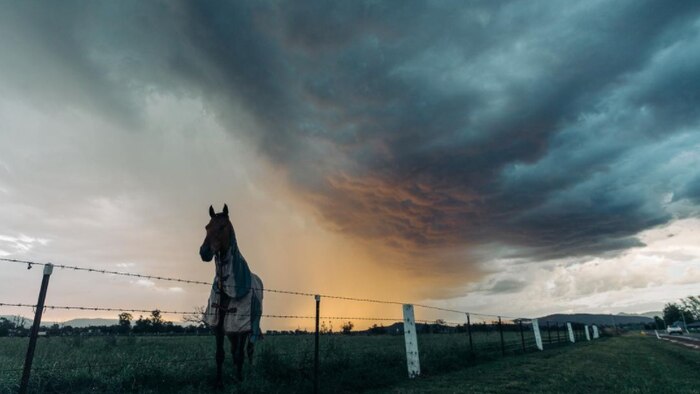 Source: ABC
New South Wales has waded through its wettest November in more than 100 years, with rainfall records falling across the state. The Hunter Valley town of Scone recorded its wettest month in more than 25 years and endured major flooding.  The country's horse capital had 265 millimetres of rain in November ? more than any monthly total since records at the town's airport began being kept in 1994. Scone is only 2.4mm off breaking a yearly record set in 1998 of 902.4 mm. The region's Lostock Dam weather station recorded 352.8mm this month, surpassing the previous November high, set in 2013, by more than 100mm. Bureau of Meteorology forecaster David Wilke said it had been the "wettest November on record for NSW in general". The previous record was 1917, so it looks like that record has fallen in terms of widespread rain," he said. "Roughly, we've had about three times the average rainfall for November across NSW." Parts of the Central West also stood out, including Cowra and Forbes. "In Orange, the old record was set in 2005 ? at 204mm ? they've got 307 this month," Mr Wilke said. "Obviously that's been a big part of the flood that's moved through. "Bathurst got 241mm this month which beats the record set in 1961 of 195." A La Niña weather pattern was officially declared last week. Heavy rain at the wrong time Merriwa in the Upper Hunter had a drier start to the year before more than 220mm of rain fell in November and stopped the region's grain growers in their tracks. "For us, it was pretty well every time we didn't want rain we got it, and when we did want it we didn't get it," farmer Mark Campbell said. "We really wanted rain through that August-September [growing] period and we just didn't get it. "Then we got into November when we had headers ready to go and it just started raining and it hasn't stopped. "It is very difficult to be optimistic with all the rain, but it wasn't that long ago we were so desperate for the rain it wasn't funny." Murrurundi shot into national headlines for being during the drought, but now, with more wet weather forecast for December, it stands a chance of tripling its 2019 total. At the Murrurundi Gap weather station 291.4mm was recorded in 2019. So far this year the total has exceeded 836mm. Drought year totals lapped For the fifth year since records began in 1942 Williamtown has recorded more than 1,500mm in a year. The last time that happened was in 1999, when 1,541.4mm passed through the gauges. With one month left it is unlikely to become the wettest year ever ? that record of 1,793.7mm was set in 1963. Another 205mm at the Maitland airport saw the yearly total hit 950.6mm, already surpassing last year's total and doubling that of 2019. Further up the valley, Singleton is nudging a four figure yearly total after falls of 231mm in November. Lake Macquarie-Cooranbong saw 234.6mm, Cessnock 231mm and the Newcastle Nobbys weather station had 233.4mm. Paterson also tipped over 200mm for the month with 265mm, taking the running yearly total to 1,117mm, more than doubling the 2019 drought year total. Nelson Bay had the lowest monthly read for the Hunter with 152.7mm for November. But if the gauge catches another 121.4mm in December, it would make for its wettest year since 1999.