North Coast enduring driest conditions in more than a century 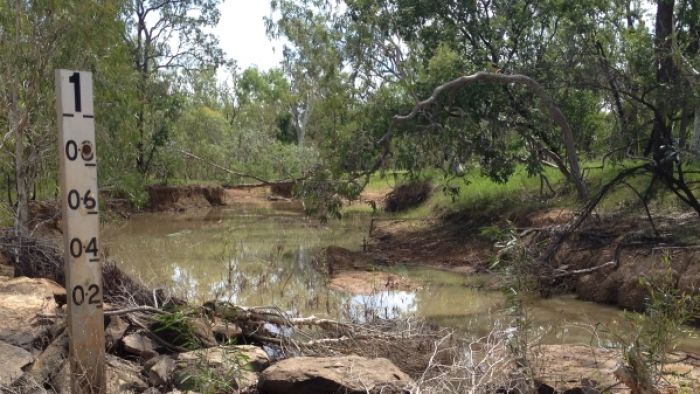 Image: ABC Rural. Source: ABC
Much of the North Coast has endured its second-driest 12 months on record, and the weather doesn't look likely to turn anytime soon. The Bureau of Meteorlogy recently published its latest drought statement, with north-eastern New South Wales recording serious to severe rainfall deficiencies. Large parts of north-eastern New South Wales have received less than 60 percent of their average rainfall since July last year. Average rainfall was the lowest since 1901 in the region from Coffs Harbour in the south to Bundaberg in the north. Bureau Senior Climatologist Agatha Imielska said there is no sign of significant rainfall arriving any time soon. "Our seasonal climate outlook is not favouring odds for drier or wetter conditions," she said. "So the key thing there is that to really offset those deficiencies we do need some good, solid falls. "Even though our seasonal outlook isn't favouring drier conditions, its also not favouring wetter conditions." Ms Imielska said one strong system could transform the current dry conditions, but there is no such system on the outlook. "If we do see some good strong systems - and East Coast Lows are the classic case of what we see in winter - that would certainly improve the situation," she said. "But as far as what see in the climate outlook, there's no indication favouring those wetter, above average falls that are really necessary to offset the deficiencies."
Note to media: You are welcome to republish text from the above news article as direct quotes from Weatherzone. When doing so, please reference www.weatherzone.com.au in the credit.