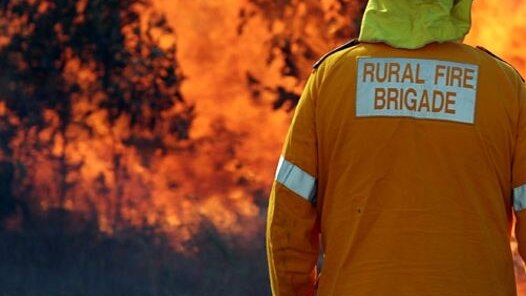 Source: ABC
Severe thunderstorms with giant hailstones, heavy rain and destructive winds are expanding across Queensland's central and south-east regions, the Bureau of Meteorology (BOM) says. The BOM has issued severe thunderstorm warnings for people on the Central Coast and Whitsundays, Capricornia and parts of the Herbert and Lower Burdekin, Central Highlands and Coalfields, Wide Bay and Burnett, Darling Downs, Granite Belt and south-east coast districts. Areas that may be affected include Rockhampton, Mackay, Proserpine, Bowen, Hamilton Island, Mount Morgan, Gympie, Warwick, Stanthorpe, Laidley, Lowood and Ipswich. The BOM said the severe storms may also lead to flash flooding in those areas. 'New Australian record' Two tornados were recorded near Gladstone and Toowoomba on Monday and record large hail was recorded about 70 kilometres north of Mackay on Tuesday afternoon. Giant hail measuring 16 centimetres was reported at Yalboroo, north of Mackay, in a severe storm yesterday, and the BOM said it was a "new Australian record". It smashed through car windscreens and stripped trees. Proserpine resident Jimmy Balista was driving through Yalbaroo, and initially thought the hail was mushrooms or flowers. "Saw a yard with white stuff and I thought they were mushrooms and my wife thought it was flowers. It never came to my mind that it could be hail," Mr Balista said.  "I was pretty lucky to miss it by a few minutes had I been there five minutes earlier, it could have been a different story."  Mr Balista took a big piece of hail and measured it at 15.6 centimetres, at its longest part.  "I have that piece of ice (pictured in the photos) and I picked it up and put it in my esky and then in my freezer." "Until yesterday, the record for largest hailstone observed in Australia was 14 centimetres," the BOM said in a statement. BOM forecaster David Grant urged people to keep checking for alerts in their areas. "Mother Nature has given us a timely reminder that severe weather season is now upon us, and these conditions are expected to continue over the coming days, particularly around south-east and central Queensland," Mr Grant said. "We are expecting our metropolitan areas including Brisbane, Sunshine Coast, Gold Coast and Ipswich to be under the potential to see further severe thunderstorm activity." November is Queensland's severe thunderstorm month and as it approaches, Mr Grant said the state should expect elevated risks. "As we've seen over the last couple of days, there is a potential to see at least 50 to 60 millimetres of rainfall occur within a short period such as 30 minutes to one hour around the state," he said. "That can potentially lead to localised flash flooding depending on how saturated the soils are." Heatwave conditions on the way Central and south-east Queensland can expect a reprieve from the wet weather come Sunday, when a westerly change passes through the south-east corner, bringing warm temperatures of up to 30 degrees Celsius. For both far north and southern Queensland, heatwave conditions are expected across the weekend, with Brisbane set to reach a total of 33C by Sunday. Queensland Fire and Emergency Services (QFES) Commissioner Greg Leach said "Queensland is a state of extremes" but his organisation was prepared. "We have over 5,000 volunteers who have conducted over 97,000 hours of operational training and response over the last 12 months," he said. "Our swift-water technicians have been practising their skills ready for the severe weather season and our Rural Fire Service ? who have been battling bushfires over recent months ? are also ready to support where required." Commissioner Leach said he was not expecting as intense of a bushfire season this year compared to previous years but said there was still a risk. "On any given day this year with the right temperature and weather conditions, any fire can do damage to communities and so our rural fire brigades are well prepared to deal with the bushfire risk," he said. He has urged Queenslanders to prepare their properties for the severe weather season ahead. "It's time to clean up those overhanging branches and make sure those loose items in the backyard are secured, that gutters are cleaned out, and maybe it's time to get that leaky roof repaired," he said. "Do what you can to protect your property this severe weather season because while Queensland Fire and Emergency Services is prepared, we need Queensland is to play their part as well."