Home > Weather News > More rain to come for Australia's east coast before a break in the weather next week
Kate Doyle and staff, 24 Nov 2021, 10:22 PM UTC 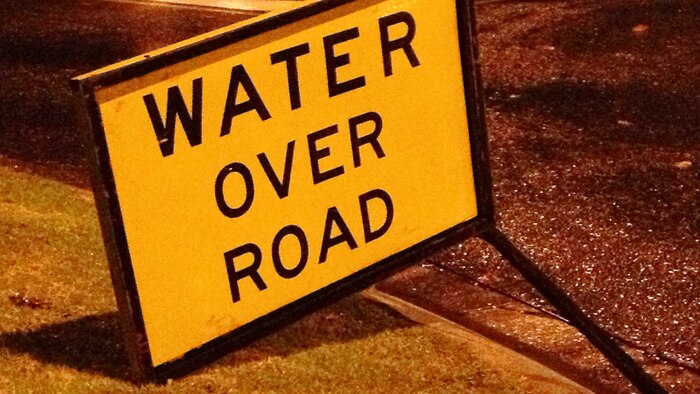 Source: ABC
Today is expected to be the peak of what has already been a thoroughly drenching system.  According to Jackson Browne, senior meteorologist with the Bureau of Meteorology, a low pressure system sitting around the South Australian border region north of Broken Hill is forecast to edge in a south-easterly direction over the next couple of days. "This system really begins to stand up today," he said.  Bringing with it is a renewed band of rain.  Flood watches extend from around Clermont, north of Emerald in Queensland and persist south through much of New South Wales and parts of eastern South Australia as well as for parts of northern and eastern Victoria. "In terms of relative risk today being the peak day of rainfall," according to Mr Browne.  The rain-band is expected to stretch from around Charters Towers south through much of NSW and wrap into that low, bringing rain to southern NSW and Victoria.  Rainfall is expected to be in the order of 25 up to 100 millimetres in places.  "If you get under a thunderstorm or severe thunderstorm, we could see falls exceeding even 100 millimetres," according to Mr Browne.  The low is expected to trundle into southern NSW on Friday before weakening late Friday. "By Saturday we should see most of the activity in New South Wales and Victoria cease," he said.  But there will be a further day of rain for parts of Queensland on Saturday. Mr Browne said there was not a lot of rain overnight, but things have started picking up again this morning.  "In the last hour, we've seen up to 30 millimetres around the Clermont area." Since 9am yesterday falls of up to 100mm have been recorded in the Border Rivers area around Mount Tambourine in Queensland.  A slow moving thunderstorm outside of Sydney at Warragamba, also brought 96mm in a very short period of time. Get used to it It has been raining for days in places like Brisbane.  With the La Niña climate driver now in full swing and expected to hang around until January, Mr Browne said it is no surprise that Brisbane is rainy with the climate driver just sitting off offshore. "So yeah, buckle up. It's only the third week of November and we're expecting La Niña to persist until late January. "It will be a wet couple of months for those in eastern Australia," he said.  Short break in sight But it is looking like there will be a short break in the clouds as a high pressure system settles in across the country next week.  "It's looking more likely than not. Some of the models aren't playing ball," Mr Browne prefaced.  So with a bit of luck we will get an episode of quieter conditions. The catch is it could be a bit chilly. "Probably 80 per cent of the country two to eight degrees below the average for this time of year," said Mr Browne. "I feel like people could make some decisions if they know it's going to be a somewhat dry couple of days."  Enjoy it while it lasts.  Away from the east coast There have been some fairly intense storms around the Top End, but nothing record breaking, according to Mr Browne.  Just upstream of Katherine at Upper Waterhouse they did receive 92mm in a slow moving storm.  Looking west, Perth is forecast to reach 35 degrees Celsius on Saturday. "If that forecast comes off, it'll be the first 35C plus day in Perth since late March," Mr Browne said.  Another sign summer is almost here, if all the tropical rain wasn't enough.