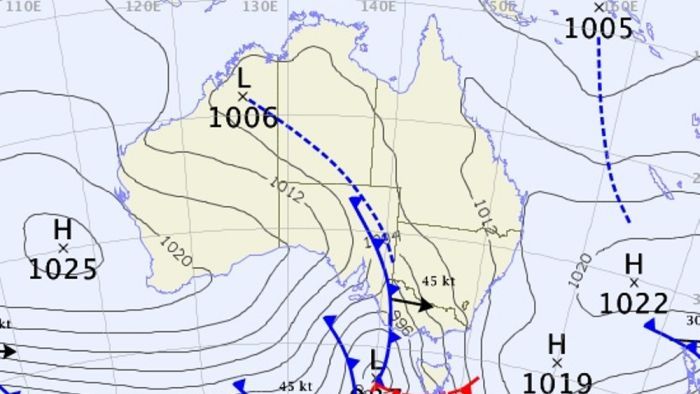 Image: SA Country Hour. Source: ABC licensed
Most of South Australia was hit by strong winds yesterday as a vigorous cold front crossed the state towards Victoria. That's caused more problems for farmers in South Australia's Mallee, who are already dealing with frost damage and a lack of rain. Peter Loller farms near Karoonda and says yesterday's weather will only make things worse. "It was pretty filthy, very dusty that's for sure." His property was lashed by gusts up to 67 kilometres per hour. "That definitely wasn't needed but that's what we got." The warm weather that came before of the cold front is drying out his crops. "A couple of the redder flats, heavier flats are starting to tip off with northerlies and hot weather." But despite the problems with cropping, it's his livestock production that is the worst affected. "The lack of spring feed with the dry weather and all the frost we had in August is probably as big an issue as any," he said. "You just have to wait for rain with crops, you can't do much about it, but the sheep feed, we don't have a spring flush this year, so that's definitely our biggest issue at the moment. "Because of the early opening and the good rain we had we actually cropped a couple of extra paddocks, but with the season not turning out we'll probably start grazing a couple of those this week."