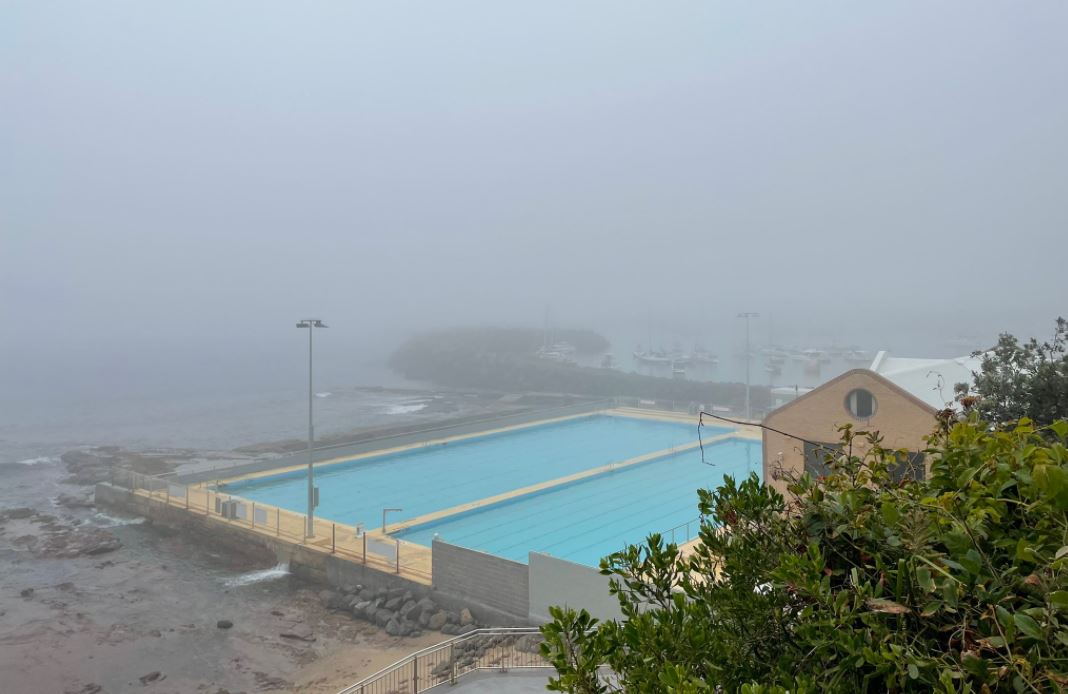 It was a beautiful mild spring Thursday morning with the temperature topping 20°C by 9 am, then all of a sudden, Wollongong's day started looking very different.

A sea fog rolled into town, catching locals in the city of approximately 300,000 residents by surprise. "About an hour ago it was a bright sunny morning, low 20s, calm, barely a hint of a breeze, bit humid. None of that has changed except now it looks like this,” Wollongong-based historian André Brett wrote on Twitter. Image: That beach umbrella tells you that the sun was out not too long ago. Source: André Brett.

Others also shared the unexpected incursion of sea fog.

So what caused the fog?

And that would normally explain things neatly. Except that in this case, the water off the Sydney and Illawarra region (where Wollongong is located) right now is not particularly cool. According to the Manly Hydraulics Laboratory offshore buoys:

So if the water over the whole region is warm, and if sea fog requires warm, moist air passing over cooler water, what happened?

"It's likely that recent northeasterly winds may have caused some near-shore upwelling (deep cold water coming to the surface near the coast)," Felix Levesque explains.

"Sea surface temperature analysis maps do show a bit of cooler water off that region." So there's an answer which seems quite reasonable. Most of the water off the Illawarra coast is not cold, but small patches of cold water that upwelled due to recent northeasterly winds may have been enough to cause the fog, which was still enshrouding the 'Gong as we published this story, about two hours after it arrived.