Home > Weather News > Goondiwindi's levee saves the town from flooding, but surrounding areas are under water
By Allyson Horn and Baz Ruddick  , 04 Dec 2021, 2:12 AM UTC

Goondiwindi's levee saves the town from flooding, but surrounding areas are under water 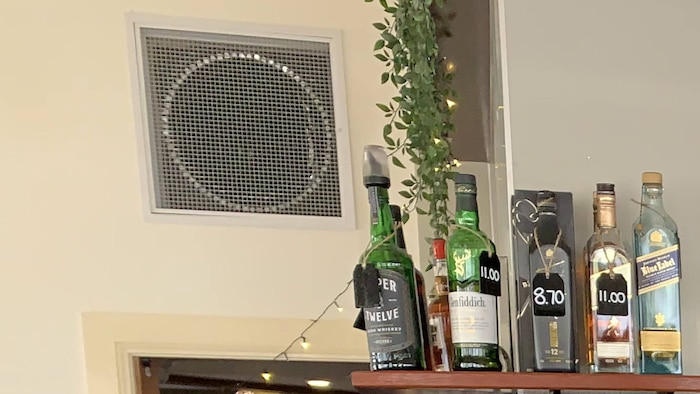 Source: ABC
Goondiwindi's 65-year-old levee has once again saved homes from major flooding, but the town is now surrounded by water and there are fears some rural communities could cut off for days, if not weeks. The Macintyre River reached a height of 10.42 metres on Saturday, just short of the 11-metre levee, and aerial images show vast areas of land are underwater. Goondiwindi Regional Council Mayor Lawrence Springborg said he was confident residents had enough supplies, though some supermarket shelves had been stripped of staples, like bread. "We have locals who are baking bread, and last evening we were able to bring in additional pallets of milk," he said. The manager of the Victoria Hotel, Ben Harrison, said the community had been relatively calm as the water rose, but he was concerned that supplies could get low if the town remains cut off. "At the moment we are an island, so there's no more supplies coming through unless someone wants to fly us in some more cartons of beer ? that would be great," Mr Harrison said. "I have lots of keg beer ? it will last for about a week. Some of our supplies haven't been able to get here, so the fruit and veg is a bit tough and some of our main supplies haven't shown up." Mr Harrison said the community always comes together when the town is impacted by floodwaters. "The council has a really great disaster management plan, so I think everyone is really confident that if anything serious happens we will be alright." Rural areas under water Concerns remain for rural communities outside the town, which appear to be largely inaccessible by road. Aerial images shared by Queensland Premier Annastacia Palaszczuk on Twitter on Saturday showed water covering a large expanse of land between Texas and Goondiwindi. The State Emergency Service had received 57 requests for assessments in the last 24 hours, she said. Earlier, the SES flew in thousands of sandbags in case the river breached the levee. Councillor Springborg said officials are standing by to fly in more supplies. "Property owners downstream were planning for this and there are many of those that have actually stocked up?what we'll do is offer them the opportunity to be supplied by air," he said. He said some rural properties that had avoided major flooding for decades ? even in 1956 when the levee was built ? had flooded this week. And forecasts of severe thunderstorms over north-eastern NSW on Saturday night means land that is already saturated could receive more rain. "This water's going to spread out and it's got to actually add to what is already a flooded environment for so many people in those rural properties between here and Mungindi," said Councillor Springborg. "They are going to be isolated for days, if not weeks, and of course we will be providing as much support to them as we've been providing to our communities." Saved by the levee Councillor Springborg said the town's levee had once again spared the town from major damage. "It saved us time and time again in the past, and it will save us time and time again in the future," he said. "You can see the sense of calm in this community. They just feel so confident by having this levee bank." Goondiwindi resident Billy Barette ventured near the river on Saturday with Mitch Farley and their dog Spencer.  "I'm so happy that the town is safe," said Ms Barette. "We're not going to get flooded and evacuate out like all the other towns. Thank God to the two people that made it." After the town was flooded three times in 1956, council engineer Vern Redmond and his foreman Bill McNulty decided to do something about it. They checked the trees for the waterline and built the levy high enough to ensure it held back floods up to 11 metres. Rocka and Jo Bell have lived on the river in Goondiwindi for nearly 20 years. In that time, Mr Bell said the river had reached the 10-meter mark about three times. And this year, since Easter alone, he said there'd been 13 "good rises". The river had burst its banks on the other side of town, but he wasn't concerned about further rises in his backyard. "It won't worry us here," he said.