Home > Weather News > Extreme heatwave forecast for Kimberley, Pilbara, with temperatures set to stay above 40C for a week
29 Nov 2021, 11:35 AM UTC

Extreme heatwave forecast for Kimberley, Pilbara, with temperatures set to stay above 40C for a week 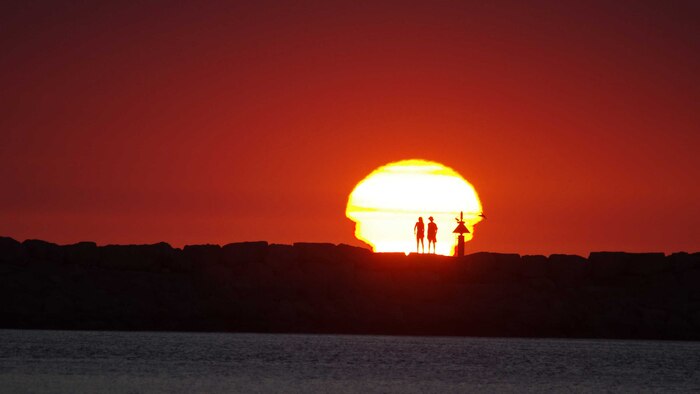 Source: ABC
Parts of northern Western Australia are bracing for a week of scorching temperatures as extreme heatwave conditions hit the region. The Bureau of Meteorology is forecasting a run of hot days in the Pilbara and Kimberley, with temperatures in some areas expected to exceed 45 degrees Celsius. Several towns in the north, including Marble Bar, Paraburdoo, Fitzroy Crossing, Kununurra and Wyndham, can all expect temperatures above 40C every day this week. Duty forecaster Bob Tarr said the intensity would build throughout the week. "From Thursday to Saturday a lot of the area over the east and central Pilbara is anywhere from a severe to extreme heatwave," he said. "Extreme heatwave is pretty rare and those are temperatures that are well above normal for this time of year." Mr Tarr said Marble Bar could be the hottest place in the world this week. "Marble Bar in December is often the hottest place in the country, and even the world, because a lot of places in the northern hemisphere that tend to get hot are obviously in winter," he said. "For Marble Bar the average maximum for December is 41.9C and the average minimum temperature is 26C. "We're talking about temperatures later in the week where we're going to be about 29C or 30C for a minimum and the maximums will be close to 46C. So we're about four degrees above normal on both accounts." How long the conditions will persist is uncertain at this stage. "It certainly looks like the heatwave over the Kimberley will start to break on Sunday or Monday," Mr Tarr said. "So hopefully early next week it might be breaking over the Pilbara, but that remains to be seen." Health and fire warnings WA Country Health Service principal health officer Helen Van Gessel is urging residents to take care of themselves. "Do sensible things like drink lots of fluid, avoid caffeinated drinks and alcohol, think about cool places where there might be fans and air conditioning," she said. "Avoid physical activity and exercise in the hottest part of the day. "Particularly older people, young children and also some of our animals are much more prone to being affected by the heat, so think ahead for those things you can do to prevent harm from the heat." Dr Van Gessel encouraged residents to think ahead to avoid illness. "Absolutely, complacency is an issue because people get comfortable in what they know," she said. "Most people who live in the Pilbara are pretty sensible about these things. It's more commonly people who aren't used to the heat and don't plan ahead for it." Department of Fire and Emergency Services Pilbara District Officer Darren Morgan said crews will be closely monitoring the conditions. "Over the next few days we're expecting high temperatures and gusty winds so very good conditions for propagating fires," he said. "So please be vigilant with what you're doing out there."