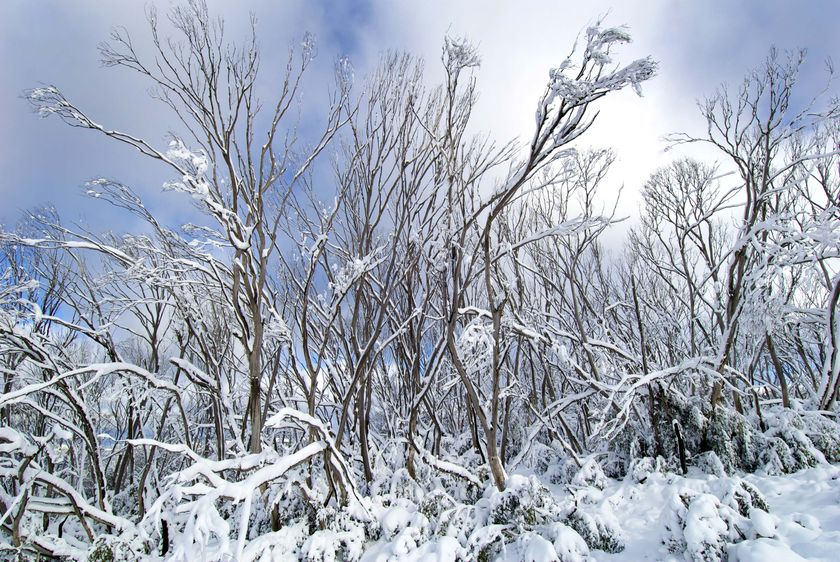 Image: User submitted. Source: ABC
People across south-east Australia are complaining about unusually chilly temperatures and experts say there will be no relief from the cold until Sunday at the earliest. From Brisbane this morning, Miss7t7 wrote on Twitter "Still in bed, so dam cold.. What's going on Brisbane !!!!". While in Melbourne, lexandraKR tweeted "Waiting for frostbite to set in... Sooo cold in Melbourne! Too scared to get out of bed incase I get hypothermia". Others are embracing the weather and urging those who are complaining to toughen up. "I am in love with this cold weather. Melbourne reminds me of Paris at the moment. How can that be a bad thing?" wrote hannahjtoy. "Is it seriuosly newsworthy that sydney temps are in the low single digits? seriuosly? it not cold! suck it up!" FilthiAssistant tweeted. But ABC weather specialist Graham Creed says people's complaints are justified. "It's definitely quite unusual to see such widespread cold weather in June, it would be more typical in July and August," he said. "So people are complaining about the cold for a good reason." Mr Creed says most areas across the south-east are experiencing temperatures well below average. "Last weekend a cool change moved through and that introduced some significantly colder air across most of south-east Australia," he said. "Quickly in behind that we had a high pressure ridge move through, producing clear skies during both the day and the night, but it's also helping to trap that cold air in. "The clear skies mean we are losing what little daytime heating there is and overnight temperatures are dropping into the minuses through many of those states, producing widespread frosts. "On top of that we've got quite a breeze in certain areas and the air is very dry so that's producing very low wind chill, so not only is the sun not providing much warmth, you've also got the assistance of the wind making it feel colder than it actually is." He says Queensland is in for a particularly rough few days, as widespread rainfall will see the conditions change from cold and sunny to cold, cloudy and wet. Yesterday, an icy blast through Adelaide brought enough rain to supply the city for a month, with a hail storm capping off the exceptionally wintry day. Yesterday was also the coldest day in Melbourne in nearly two years, with the city not reaching its maximum temperature of 10.8 degrees Celsius until 7:55pm (AEST). If the temperature in Melbourne fails to hit its forecast maximum today, it will be the first time in 14 years the city has recorded three consecutive days of temperatures below 12 degrees. Last night Brisbane was coldest at 9:00pm (AEST), when the mercury dropped to below 8 degrees, but experts say it will be even cooler tonight. Sydney recorded its coldest June morning today since 1949, with temperatures diving to 4.3 degrees just before 6:00am (AEST).