Home > Weather News > Bureau of Meteorology to axe staff from all regional stations except Cairns
Ben Collins, 05 Feb 2016, 2:16 AM UTC 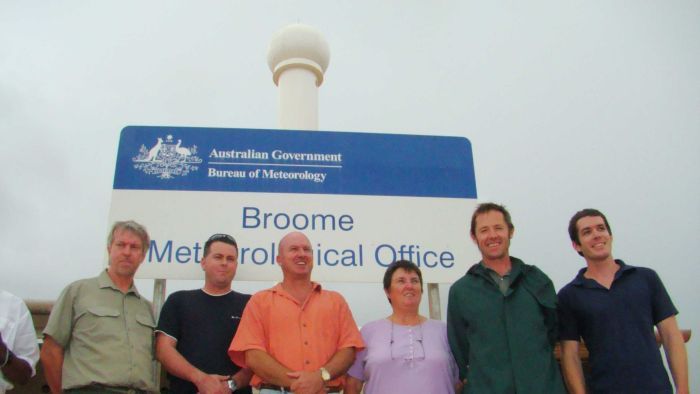 Image: ABC Kimberley. Source: ABC
The Bureau of Meteorology (BoM) will axe regional staff from its stations across Australia with the exception of Cairns, with observation duties to be automated. More than 30 employees in 24 regional stations will be affected, with plans to redeploy staff who are prepared to move. The decision comes after a review of staff that was part of BoM's 2015 strategic plan. BoM Western Australia regional director Mike Bergin said staff would be taken out of regional stations within five years. "Over the next five years we'll essentially de-staff about 24 of the field stations across Australia, and consolidate our staff into activity hubs, as we're calling them," Mr Bergin told Vanessa Mills on ABC Kimberley Local Radio. "And they'll be based either in the capital cities, and there will also be one in Cairns." The news comes a day after the were expected to be pared back as part of a huge shake-up. Staff at regional BoM stations take cloud cover observations, release and track weather balloons, and make VHF radio weather forecast broadcasts. Mr Bergin said regional stations would continue to operate by making automatic weather observations. "They won't close, it's just that they will no longer have staff at them," he said. Many smaller stations have already been largely automated and reduced to single-person operations. These will be de-staffed within the next two years, with larger regional stations to be de-staffed within five years. "The reason that the other stations are in the three to five year time period is that we need to get additional equipment into those stations to further automate some of the observations that we take," Mr Bergin said. "We also have the ability to automatically release weather balloons." Redeployment and redundancies The BoM released a strategic plan in 2015 with one of the main aims to lower the cost of operations and review regional staff. Mr Bergin said there were more than 30 employees in the 24 regional stations that would be de-staffed. "The plan is to redeploy as many people as want to be in other parts of the network, so there will be no forced redundancies," he said. Staff who do not want to move to capital cities or Cairns will be offered redundancies. Maintenance of the automated regional stations and servicing the automatic weather balloon launchers is likely to be conducted by a mix of BoM staff flying into regional towns, and locally employed contractors. "Loading the equipment into the autosondes, as we call them, that would be something that staff who are no longer with us could perform," Mr Bergin said. The regional director said automated observations were already widespread, and the BoM's services to the public would only improve. "The information that's going to be available to the public is not only not going to change, it's also going to improve in its breadth, and the forecasting services that we provide are certainly going to expand as well," Mr Bergin said.
Note to media: You are welcome to republish text from the above news article as direct quotes from Weatherzone. When doing so, please reference www.weatherzone.com.au in the credit.