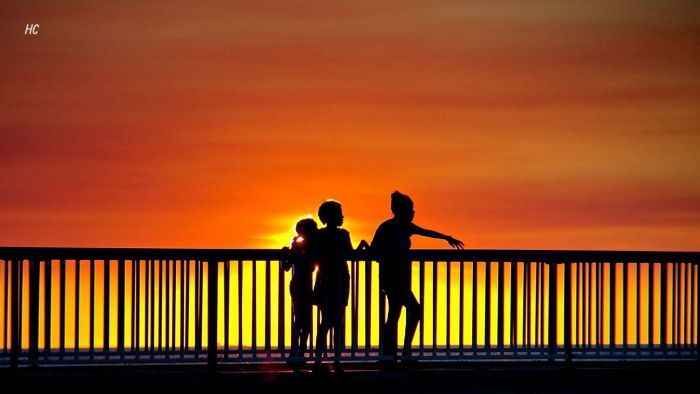 Source: Audience submitted
The Northern Territory has sweltered through the hottest July on record, with a mean maximum temperature of 3 degrees Celsius above average, and there's little relief in sight. The mercury was the highest it had been in July since records began more than 100 years ago, the Bureau of Meteorology said. Darwinites also sweltered through the nights with only six overnight lows under 20C, while the average for July is 18.5 nights below 20C. BOM meteorologist Greg Browning said Darwin had a mean maximum temperature of 2C above the average, but the change was more dramatic further south. "So places like Alice Springs [and] Yulara, are seeing anything between 3C and 4.5C above the long-term average, so well and truly warmer than anything they've ever seen before," Mr Browning said. "We've seen well above average from the far north coast of the Territory right down to the South Australian border and everywhere in between." Mr Browning said last July's above-average temperatures were explained by a nearby El Nino, but this year's even warmer temperatures could not be explained in the same way. "What is particularly interesting is last year we were coming out of a very strong El Nino, and typically in the follow up year to a strong El Nino we see these warm temperatures," he said. "Whereas we aren't experiencing that post El Nino warmth this year; it's just a neutral climate state at the moment and we're still seeing these very warm temperatures." The meteorologist said the Northern Territory had been experiencing above-average temperatures for the last six months. "It's hard to say whether this is the new normal or whether this is just an aberration," Mr Browning said. "It's definitely a bit unusual, you wouldn't expect this if it was just the status quo." The Northern Territory's soaring temperatures confirmed the NT as the hottest part of the country in the past month, but the BOM said Queensland and Western Australia had also seen their highest maximum temperatures this July. Australia as a whole would also record its highest mean maximum temperature on record this July, Mr Browning said. "It's basically this background warming signal that we're seeing right across the globe associated with global warming," he said. "It seems like the warming conditions we've seen right across the globe are just becoming commonplace, and we're seeing them in monthly temperatures on a regular basis." Territorians look set to experience more above-average temperatures for the rest of the dry season, according to the three-month outlook, Mr Browning said.
Note to media: You are welcome to republish text from the above news article as direct quotes from Weatherzone. When doing so, please reference www.weatherzone.com.au in the credit.