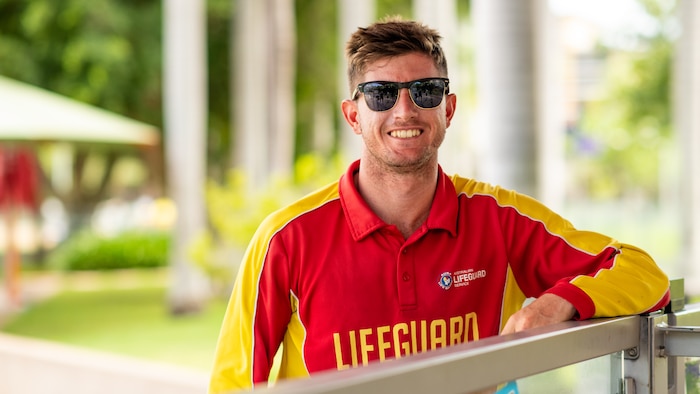 Source: ABC
A heatwave in the Northern Territory is expected to reach its peak in the middle of this week, with some areas being warned to brace for potential record temperatures. The Bureau of Meteorology NT (BOM NT) has forecast severe to extreme heatwave conditions for the Top End, as well as inland areas as far south as Tennant Creek and Alice Springs, over today and tomorrow. BOM NT senior forecaster Sally Cutter said the hot spell was expected to produce maximum temperatures up to the high 40s and minimums as high as the high 20s in some areas, especially inland.  "Around Alice Springs, we are expecting temperatures to get up around that 40C mark and, maybe, just a little bit over, and we are expecting those minimums to be in the low 20s," Ms Cutter said. "As we go further north, we're going to see minimums sitting in the high 20s, and the maximums in the high 40s. And it's the combination of the two that is leading to the heatwave conditions. "Over the Top End, we're going to see quite humid conditions as well. So, even if the temperatures aren't quite up around that 40C mark, particularly if you're in the coastal areas, it is still going to feel quite hot." Ms Cutter also said temperatures were to expected to soar so high that, in some areas, they could break records for this time of year. "Some of these [records] are not only just maximum temperatures, but also the minimum temperatures are getting to be very close to the record minimums for this time of year," she said. "It's just an indication of how hot it's going to be, that we are looking at these near-record temperatures." The Northern Territory's current heatwave is being caused the presence of a very hot air mass from desert inland areas, combined with less cloud cover to block the su. Ms Cutter said Territorians could expect conditions to ease from Thursday, due to a forecast increase in shower and thunderstorm activity in the Top End and cooler air moving over the south. Northern Territory's Chief Health Officer, Hugh Heggie, urged people to take precautions to reduce the risk of heat stress and dehydration while the heatwave was at its peak.  "Temperatures are expected to soar beyond the usually hot standards of the build-up period,'' Dr Heggie said.  "Even the most acclimatised NT residents can still be affected by heat stress, with an increased body temperature having potentially serious or even fatal effects. "Be prepared. Stay cool and stay safe. Ensure you and your family have access to cool water and make sure you take care of your pets and animals as they can also be impacted by heat stress."