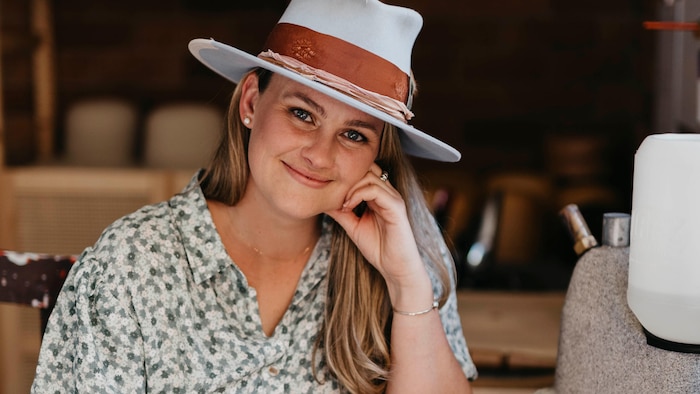 Source: ABC
A regional New South Wales businesswoman will be boycotting Black Friday sales and is urging others to do the same. Upper Hunter milliner Laura Hall says for small businesses like hers, after the drought and pandemic, there is simply "no more fat to cut". Australians are expected to spend more than $5.4 billion over the four-day Black Friday to Cyber Monday sales, according to the Australian Retailers Association. Comparison service Finder said it was the first year that more Australians were planning to splurge on Black Friday than the Boxing Day sales. Ms Hall says small businesses can't keep up. "After two years of heavy financial strain due to the pandemic, we're now hit with the pressure of having to discount our products," Ms Hall said. "It's really only the big name brands and multi-nationals who can afford to promote Black Friday. For small businesses like ours, after COVID, there's no more fat to cut." A NSW Business Chamber survey of 1,000 businesses in 2018 found four in five businesses had their cash flow impacted by the drought, and two in three said their local economy had been weakened due to drought. Buy From The Bush founder Grace Brennan said the four-day sale period was "overwhelming". "For small businesses in drought-affected communities, cashflow simply dried up ? people simply stopped spending," she said. "Often this meant letting go of casual staff, working longer hours, holding off on any growth plans. "The pandemic lockdowns were, in many ways, an extension of this." Make Christmas count Ms Hall opened her Scone shopfront in May, after launching the business online two years ago, and described the last few months as a "rollercoaster". "We wanted to make sure that we had everyone's best interests at heart so we closed our doors to the public and we re-opened by appointment about eight weeks ago. "In the lead-up to Christmas, this is our time to really find our feet and make sure that we're set up, post pandemic, for a really successful couple of years ahead. "I hope this Christmas ? more than ever ? shoppers understand the power of their purchase. That is, when they shop from small rural businesses, they are making an investment in rural Australia," Ms Brennan said. 'Make conscious decisions' Finder said 1 in 3 Australians are planning to take up Black Friday sales, with the average shopper spending $197. Ms Hall urges shoppers to think before they spend regardless of the time of year. "Shoppers need to really make sure that what they're purchasing, they're purchasing from a place of need and connection, something that's beautiful that will last a lifetime, as opposed to something that looks good for five minutes. "Let's not slash it down in price just purely because the big guys are doing it too." One sale doesn't break a drought Economists estimated Sydney's lockdown was costing the country's economy $1 billion a week. And the nation's largest economy is still getting back on its feet. Damian Kelly from Business NSW says while Black Friday may be challenging for some, it might play in others' favour. "There's no doubt that Black Friday does create some issues for smaller retailers and smaller businesses, and the margins aren't there on the buying power of some of the larger corporations. "But it is only a day or a few days of sales, and we know that the value proposition that a smaller local business can give to their local communities is different, and sometimes a whole lot better. "New South Wales regional communities have done it incredibly tough, they've just recovered from bushfires then were hit with COVID, and a lot of them are still dealing with the after effects of drought. "Just like we say one day of rain doesn't cure a drought, just the fact that businesses are allowed to be open and trade again doesn't meant that the impacts of the pandemic have disappeared."