Ah, Queensland. Giant hail one day, cyclone-strength winds the next 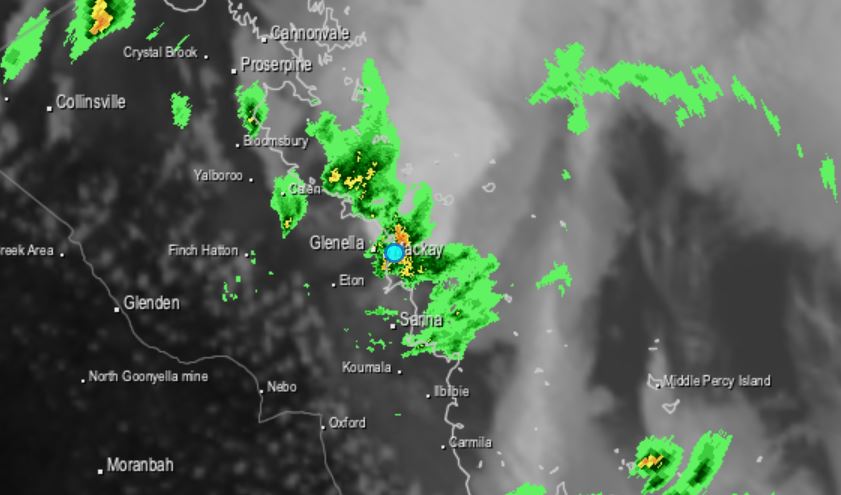 The spring storm outbreak on Australia's east coast has unleashed its full fury in the vicinity of the Queensland city of Mackay for two days in a row.

On Tuesday it was all about the giant hail in Yalboroo just north of Mackay, the large city of 80,000 people located roughly halfway up the Queensland coast, about 11 hours north of Brisbane and nine hours south of Cairns.

The monstrous hailstones fell just after lunchtime as a supercell thunderstorm passed over the region, and measured up to 16 cm in diameter, which is believed to be the largest hail ever recorded in Australia. Image: Hail to the chief. Source: @samyj_412 via Instagram.

On Thursday afternoon around 3 pm, another severe storm passed through the area. This time the hail was smaller, and the storm was most notable for winds which gusted up to 120 km/h at Mackay Airport.

While Mackay is prone to being hit by cyclones, most Queensland cyclones tend to unleash their full fury a little further north. That’s why:

There are no reports of damage from today's storm, however we'll keep you posted if we hear anything. Image: The radar in Mackay around 3 pm as Wednesday's storm passed through, leaving 22.6mm of rain at the airport.

The good news for the storm-battered residents of Mackay is that the weather should slowly fine up this week, with the chance of a storm on Thursday afternoon and a possible shower on Friday, before a mostly fine weekend with top temperatures in the low 30s.